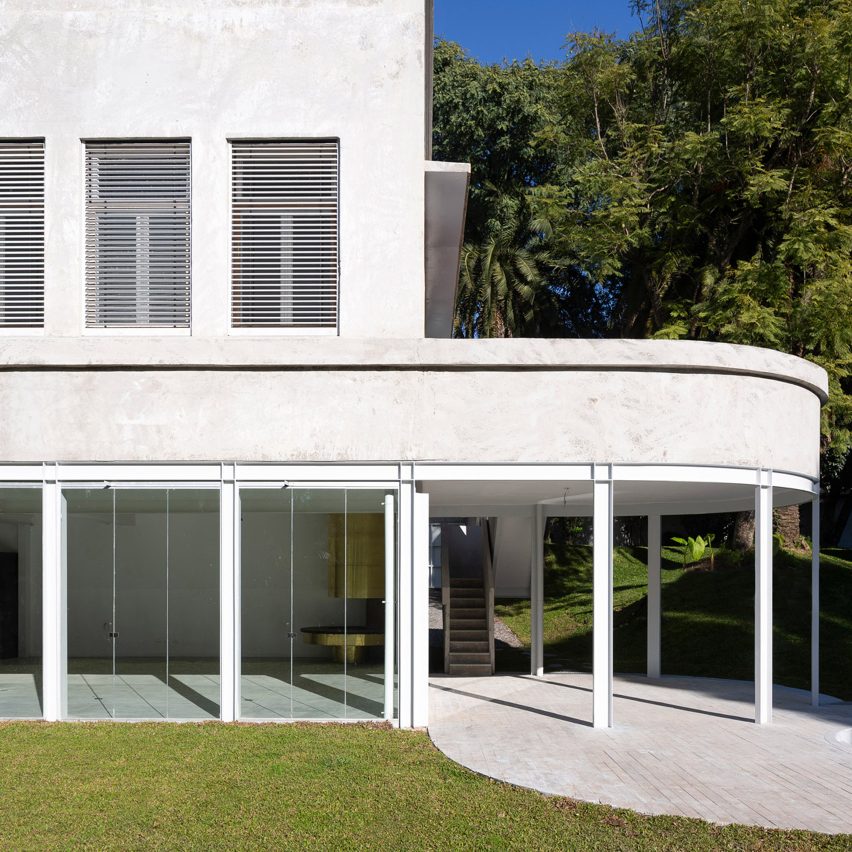 Argentinian studio Adamo Faiden has renovated the curved lower floor of this 1929 home in Buenos Aires to create a light-filled room that opens onto the garden. 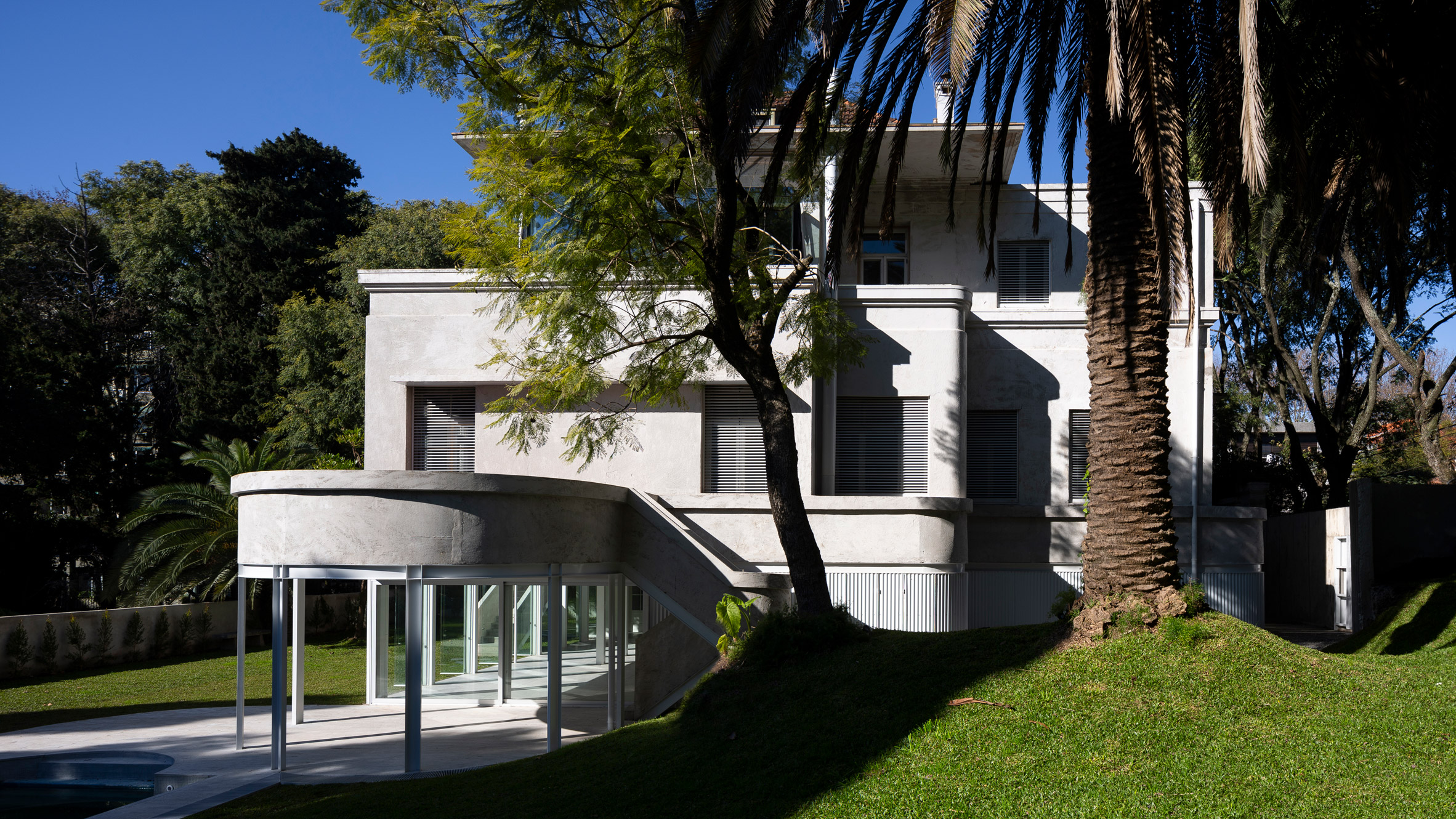 Located in Vicente López, a neighbourhood in the north of Buenos Aires, the historic home was purchased by a young family that was eager to make the most of their garden.

They wanted a large space for entertaining, an atelier, and most importantly, a direct way to access the outdoors. 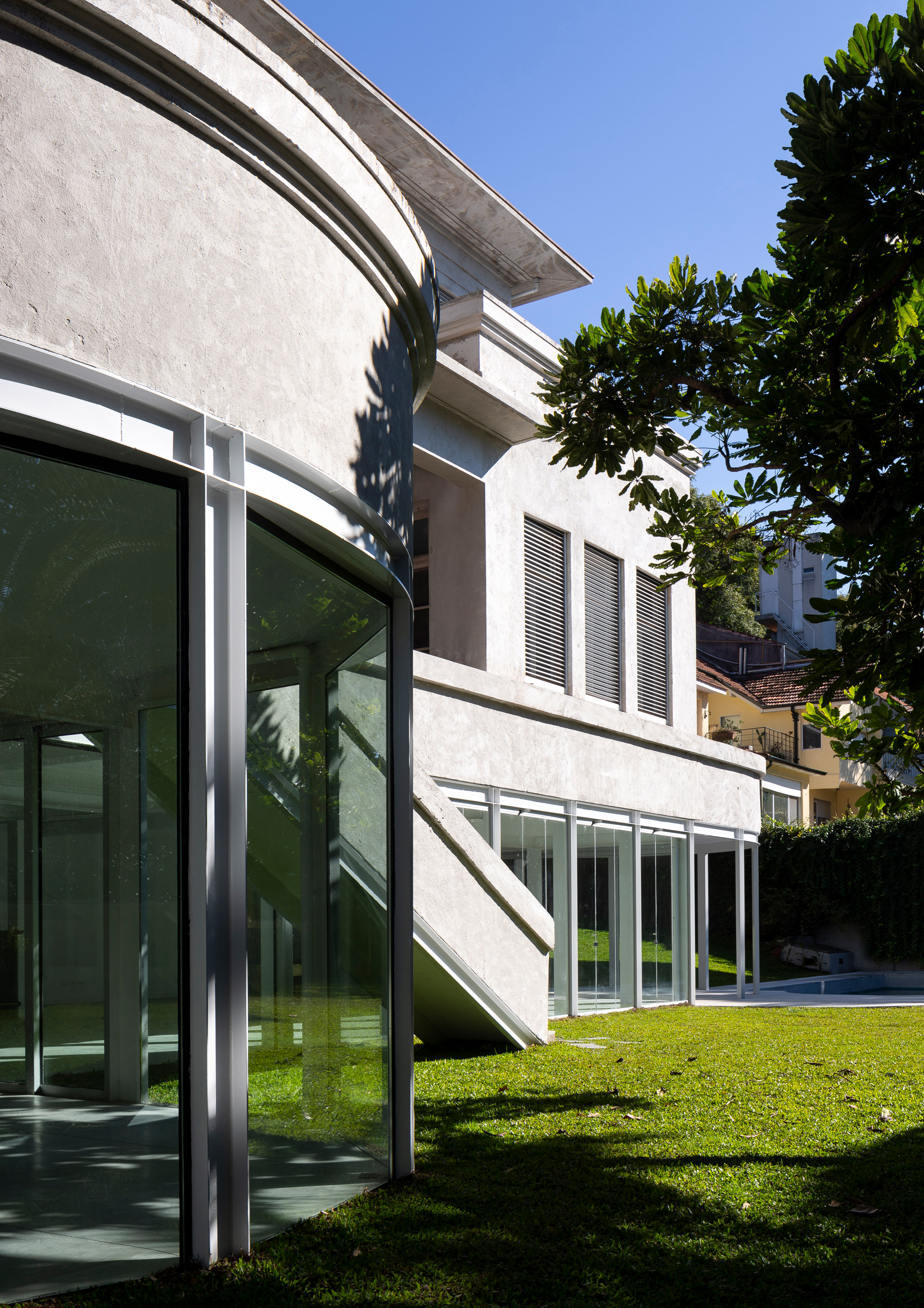 The project focuses on overhauling the home’s lowest level, which originally contained service programmes that had become outdated and didn’t make efficient use of the space. Heavy structural walls on this level supported the home, making these small rooms difficult to occupy.

Adamo Faiden, a local practice run by architects Marcelo Faiden and Sebastiaán Adamo, wanted to update the floor by creating a more contemporary relationship with the landscape. 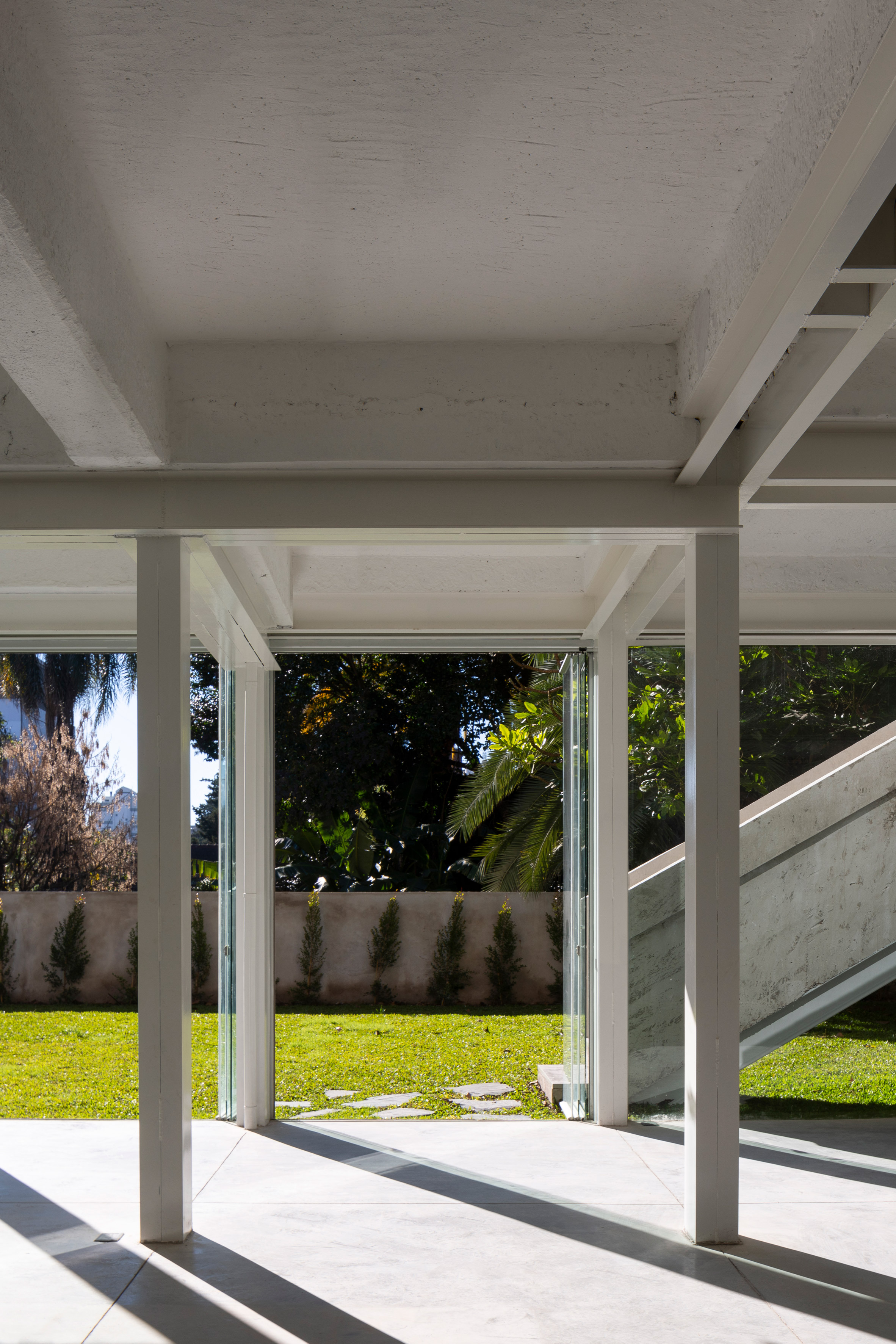 “At the beginning of the last century we maintained a distant, contemplative relation [with nature],” Faiden told Dezeen. “To establish a much more direct relationship was the main argument of this project.” 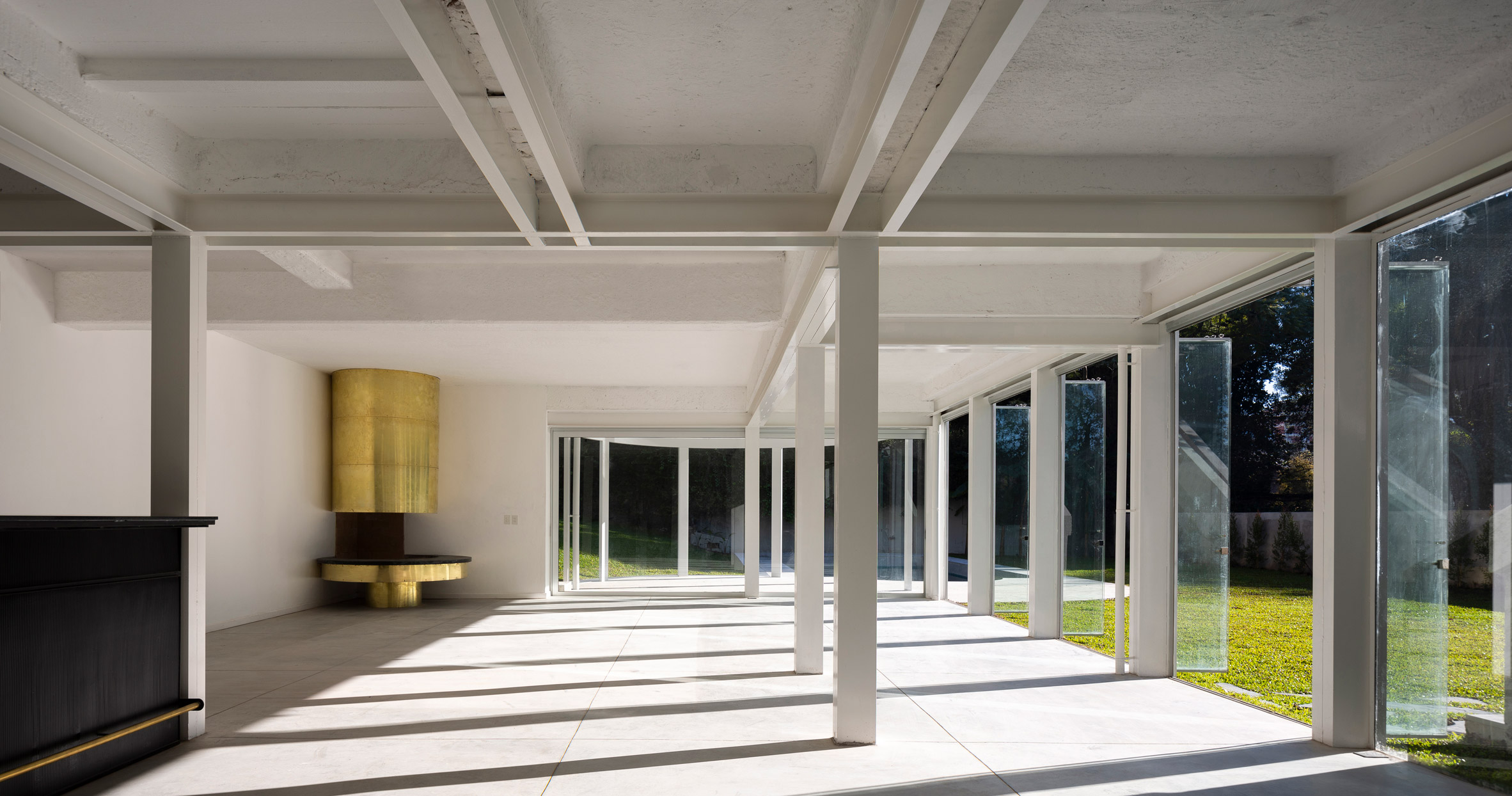 The firm opened up the space by replacing the bearing walls of the lowest floor with a white steel structure made up of columns and beams. Folding glass walls along the curbed exterior perimeter to bring more natural light inside and open onto the garden.

“When the windows are completely open, the former basement is perceived like a large marquee whose cover is the house itself,” the studio added.

White finishes lend the space a minimal look, which is complemented by a weathered metallic fireplace placed in one corner of the floor. The open plan is intended to accommodate a range of activities within the same space. “Its equipment – a fireplace, a kitchen, a studio and a service room – allows it to receive different kind of events,” Faiden said.

Adamo Faiden has completed several buildings in Argentina such as a tower in Buenos Aires fronted by a mesh facade and a rural home built within an existing livestock structure. Other historic renovations in Buenos Aires include IR Arquitectura’s transformation of a leftover corner of a 1950s building into a small apartment, with built-in furniture and a caged balcony.

Photography is by Javier Agustín Rojas.